Vitiligo (also known as leukoderma) is a skin disorder characterized by the appearance of spots or white patches on skin. These patches can appear on any part of the body, including the eyes, the hair, and the inside of the mouth. This is due to the death of the melanocytes, which are cells that produce the skin pigment melanin.

In most cases, the affected areas will remain discolored for the rest of your life. The condition can affect anyone regardless of age or gender. Famous people with vitiligo include Graham Norton, Dean Edwards, and Winnie Harlow. Michael Jackson also had vitiligo.

What Causes Vitiligo and Early Signs of Vitiligo

While the exact cause of vitiligo is not known, scientists and doctors have theories about what causes the condition, and they include: 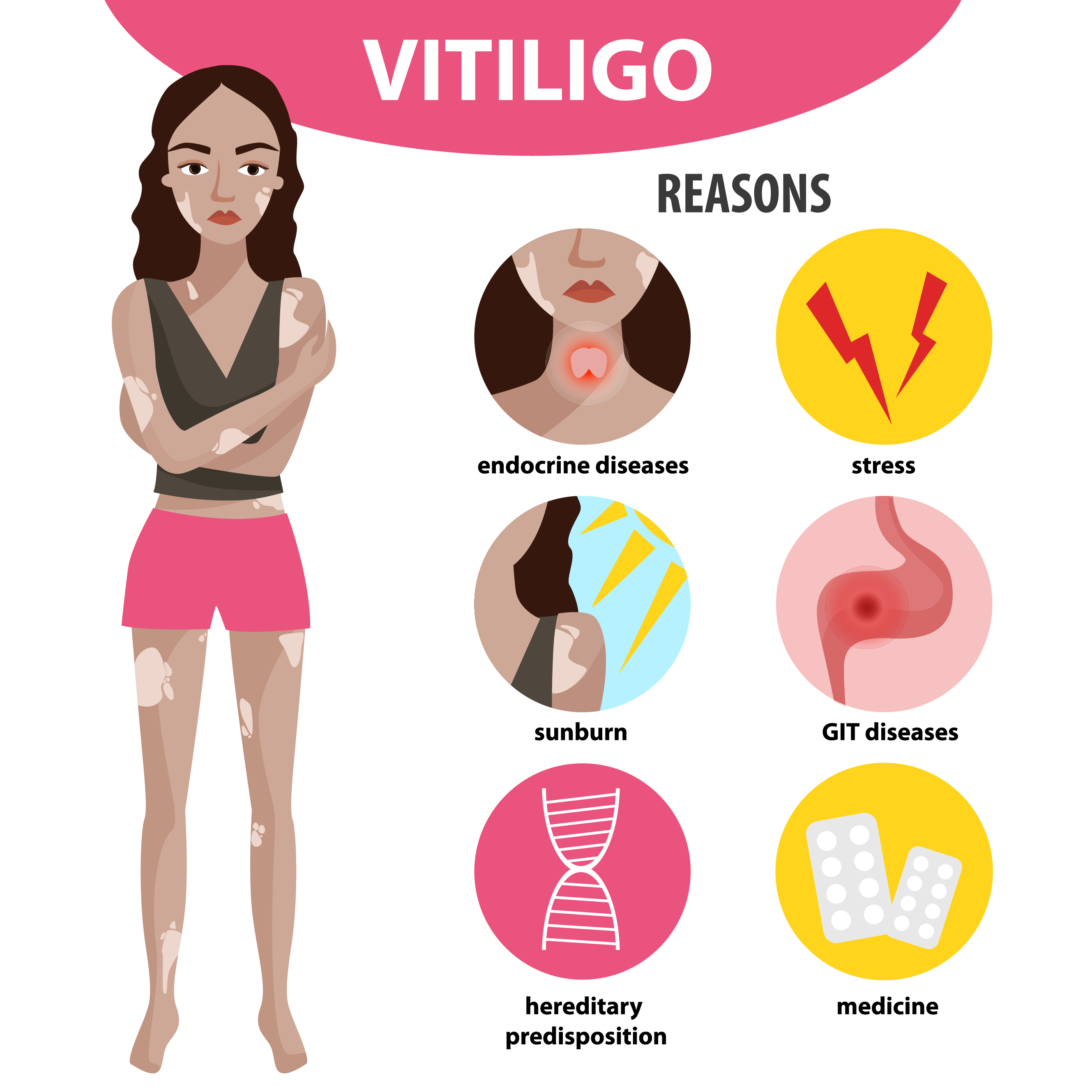 You could be wondering, how does vitiligo start?

It normally starts as a simple spot, somewhat paler than the rest of the skin. As time passes, the spot becomes paler until it becomes white.

Vitiligo affects between 0.5 and 2 percent of the world population. About 50 percent of those affected develop the condition before the age 20, and 95 percent before age 40. About 2 to 5 million people in the U.S. have vitiligo.

There are no definitive vitiligo cures. However, you can use cosmetics and corticosteroid creams to improve the appearance of the affected area.

Your doctor may also recommend re-pigmentation of the white patch with UV light therapy. Alternatively, he can try to lighten the skin in the unaffected areas. Other vitiligo treatment options include:

One of the most recent breakthroughs in the efforts to find the cure for this vitiligo is the findings of a team of team of dermatologists from Yale School of Medicine.

According to the study, published June 24 in JAMA Dermatology, administering tofacitinib, a JAK inhibitor, to a patient could successfully reverse vitiligo symptoms, restoring their natural skin color. This study holds much hope and may very well signal a huge leap toward finding a cure for the condition.